According to family law in the state of Ohio, child custody is normally allocated into one of two areas. Some cases may have one parent designated as the “residential parent,” or sole custodian; while the court may order shared parenting or joint custody. 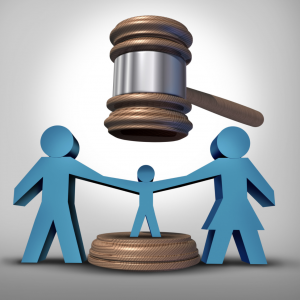 If you are seeking legal assistance with child custody matters in Columbus, Ohio, it is in your best interest to obtain legal counsel. Joslyn Law Firm assists clients in Union, Delaware, Licking, Franklin, Fairfield, Pickaway and Madison counties.

Our lawyers are experienced in child custody and will strive to protect your rights and achieve the best possible outcome for your situation. You can have our attorneys provide a free case evaluation by submitting your information in the form below.

Overview of Child Custody in Ohio 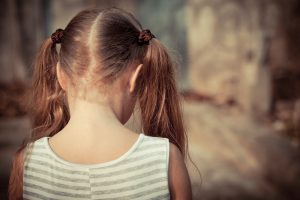 How is Child Custody Decided in Ohio?

When it comes to deciding who gets custody of a child, there are many things judges look at in child custody cases. They look for evidence that the child will be safe and well cared for by whoever gets custody. They also take into consideration is the parents are married or unmarried. If the parents of a child are not married, then Ohio law gives sole custody to the mother

What are the Custody Rights of a Father and a Mother in Ohio?

According to Ohio law, if the parents were married at the time of birth, the court cannot favor either parent solely based on gender during a divorce, marriage dissolution, or separation proceedings. In these cases, courts typically favor joint or shared custody of the child, even if there is high conflict between both parents.

Still, many people wonder what rights fathers have in Ohio when it comes to child custody. As stated above, if the parents were married when the child was born, the man is assumed to be the father of the child and the parents will typically share joint custody.

If the parents were unwed, then the mother is considered by law to be the sole custodial parent. For a father to try and get custody or visitation rights of a child, he must prove and establish paternity. He then must formally petition the court for custody, shared parenting, or visitation rights. In these cases, it’s best to hire an experienced Columbus, OH child custody lawyer to help establish your parental rights.

Under O.R.C 3109.04(F)(1) courts take into account the best interest of a child when determining the allocation of custody. Courts will consider the following factors, including, but not limited to:

Allocating Parental Rights and Responsibilities for Care of Children- Shared Parenting – Full text of the Ohio Revised Code 3109.04 can be read at Codes.Ohio.Gov. Provisions include further explanation of custody cases, child reasonability and how custody is decided.

Contact our Child Custody Lawyers in Columbus, OH for a FREE Consultation

If you are in the need of help with any issue involving child custody, contacts Joslyn Law Firm as soon as possible.

Our Ohio child custody attorneys & parental alienation lawyers represent clients in counties located around Columbus, Ohio. These counties include Union, Delaware, Licking, Fairfield, Pickaway, Madison and Franklin. Call (614) 420-2424 or fill out a case review form below and one of our attorneys will review it for free. We also handle other family law cases including adoption in Ohio.

What Our Clients Say

“I have a complex custody case, and had no idea where to start. I started researching family law attorneys in Columbus and found Joslyn Law Firm. I spoke with Ashley Dollins and after listening to my entire story she gave me very good advice on what I need to do. She was so kind and patient and I am very grateful she is the first person I spoke with regarding getting to see my daughter again. It is clear she is very knowledgeable regarding family law cases, especially a highly complicated case as mine.”