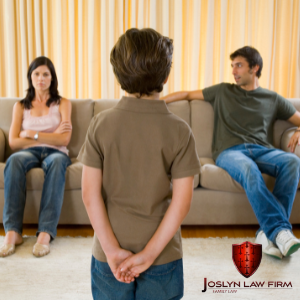 If you are a parent but were never married to the child’s other parent, you may have questions about how these relationships impact custody and visitation. If you are concerned about a legal dispute with your child’s other parent, hiring an experienced family law attorney is the preferred way to ensure the best outcome for your case. At Joslyn Law Firm, we understand that modern families can be more complex, and sometimes this requires more legal finesse when family dynamics and circumstances change.

Notably, Brian Joslyn of Joslyn Law Firm has been selected as one of the best attorneys in the US according to Rue Ratings. He is also a Top 100 Trial Attorney according to National Trial Lawyers Association. To learn more about how Joslyn Law Firm can help you in your family law matter, call (888) USA-RIGHTS or contact us online to schedule your free consultation about your legal issue. We serve clients all throughout Ohio, including Franklin, Pickaway, Delaware, Licking, Madison, Union, and Fairfield counties.

Traditionally, most families consisted of a married mother and father. Many modern families no longer look like the ones from decades and even centuries past. Traditional families were far less likely to experience divorce, too, so neither parent had to concern themselves with issues like custody and visitation of their children. If they did divorce, the law was built around the parenting social norms of the time. In those days, separations nearly always meant that children went with their mothers.

Up until the 1950s, fathers could part ways with their families for days or weeks at a time to find work. As a result, mothers were left in a position to do the lion’s share of childcare. Mothers were nearly certain to take the children if a separation or divorce occurred. Parents in these generations were sometimes left without options and were given minimal opportunities to decide for themselves what made sense for their children. While these social norms created consistency for many families, they no longer apply to modern families.

The 1960s saw a major shift in divorce rates. As women began to join the workforce at lightning speeds, traditional gender roles began to change. One of those changes included parental roles. No longer was it solely the mother’s responsibility to care for all the children’s needs. Today, all states have gender-neutral custody and visitation laws to prevent gender bias towards one parent over the other.

Some modern parents have children and never marry, either by choice or because the relationship ended. Divorce, a painful and life-changing event, often includes children born during the marriage. Whether unmarried, considering divorce, or a victim of parental alienation, parents need to know their rights regarding their children. 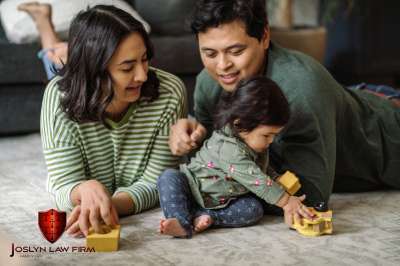 Like all other states’ laws, Ohio’s custody and visitation laws are gender-neutral, meaning it does not favor one parent over the other based on a parent’s gender. However, fathers can still have a much greater challenge obtaining custody and visitation rights if they do not marry the mother before the child’s birth.

The law makes it much easier for men to legally claim their children if they were married to the child’s mother before the child’s birth. From a societal perspective, we presume that any child born during a marriage is a natural result of the mother and father in the marriage. The law treats marriage and children the same way – a man is legally presumed to be the father of a child if the man’s wife gave birth to the child during the marriage. Because the law encourages parenthood resulting from marriage, any child born within 300 days of the marriage ending is legally presumed to be a child of the marriage. The marriage ending is not limited to divorce but also by legal separation or the father’s death. To sum it up, the law considers fathers to have legal rights to any child born during marriage because it’s what we reasonably expect to happen. If the law questioned every married man who excitedly shared his news about becoming a father, the Ohio family courts would be severely flooded with cases until the end of time.

Women And The (Un)Need For Marriage

When a child is born, it’s rather obvious who the mother is. Birth usually occurs at a hospital or similar environment, with the mother surrounded by an entire hospital team and possibly family or friends. The act of giving birth and placing the mother and child’s names on the birth certificate is all the proof she needs to show that she is the mother of the child. Not to mention, the mother’s family and friends have had nine months to prepare for a birth, which also makes it clearer that she is, in fact, the mother. It would be an extremely difficult task for the law to dispute these facts, so the law affords mothers legal claim over their children much more easily than men.

When unmarried mothers give birth to a child, the law automatically gives them sole legal and physical custody of the child, and she will never have to file anything to exercise her legal rights as a mother. This means that a mother will make all the child’s major life and day-to-day decisions. For fathers, it means that they cannot participate in those decisions without legal documentation.

When a relationship goes downhill, an unmarried father and an unmarried mother may fight over who gets the sole custody of a child. Unmarried parents may wish to secure representation from a child custody attorney, who can help explain Ohio custody laws and child custody rights. If you are an unmarried father or unmarried mother working on getting sole custody of your child, contact our experienced family law attorneys today to learn more about what you can do under Ohio custody laws.

The road to custody and parenting rights for men who never married the child’s mother can be a long or short one. Sometimes unmarried parents choose to remain unmarried but still live together and want to raise their child together with shared values. Time generally isn’t spent arguing over whether one or both parents get to make decisions or whether one parent is being denied time with the child. However, these parents are not the ones that typically visit our office. We typically hear variations of the following:

If both parents are at the hospital, hospital staff can provide documentation that includes an acknowledgment of paternity. This legal document gives the father the legal ability to claim the child as his. Both parents are required to sign the document, name the man signing the form as the child’s father, have it notarized, and file it with the Child Support Enforcement Agency. From this document, the law now presumes that he is, in fact, the father. Like other legal presumptions, the law will not question paternity unless another person comes forward to contest the document.

Parents are not required to submit the signed affidavit while at the hospital. They can complete the process at a later time if they prefer to wait.

Paternity cannot always be established by signing an affidavit. A father might refuse to sign the affidavit for several reasons, including: 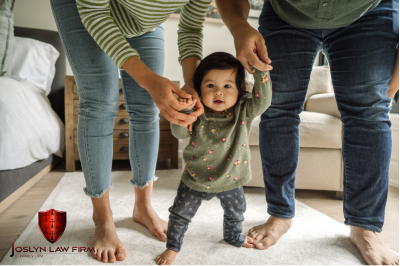 If establishing paternity has become difficult and one of the parents becomes frustrated, either can file a petition with the Child Support Enforcement Agency. The father will undergo genetic testing to determine whether he is the father and confirm paternity. If the results are at least a 99% match, the agency will issue a paternity order naming the parents and outlining child support obligations. However, it usually does not establish custody or parenting time for the parents. Fathers hoping to get custody or visitation with their child may still have additional hurdles to overcome.

What If One Parent Refuses To Participate?

Despite the authority of the CSEA to issue orders and hold formal hearings on paternity actions, some parents will still refuse to participate in the proceedings or follow an order. If this happens, either party can file a paternity petition to establish parentage. This procedure can be lengthy and also requires genetic testing.

Once paternity is established, fathers interested in obtaining custody and visitation with their child must petition for a court order. At this point, courts must treat unmarried mothers and fathers equally and avoid favoring either parent based on gender.

Courts look to several “best interest factors” when establishing custody and visitation. Some of these factors include:

Ideally, parents can bring an agreed-upon parenting schedule to a judge for review. If possible, judges like to grant joint physical and joint legal custody to parents so the child has a chance to maximize every opportunity with both parents and learn from them. In many cases where parents cannot agree, a judge decides the schedule and custody labels for parents, which can leave much room for heartache if either parent doesn’t get what he or she desires.

Ultimately, a judge’s decision is determined by the best interest factors, all of which represent the child’s needs, not the Parent’s wishes.

If you are a parent hoping to obtain paternity, custody, visitation, or child support, the attorneys at Joslyn Law Firm are ready to help you achieve the best outcome for your case. As an award-winning lawyer, lead attorney Brian Joslyn has the experience and skills to fight for you aggressively. Please call our office at (888) USA-RIGHTS to schedule your free consultation or contact us online.

What Our Clients Say

“Very kind and caring attorneys and staff. Would refer to anyone in need of a family law attorney.”