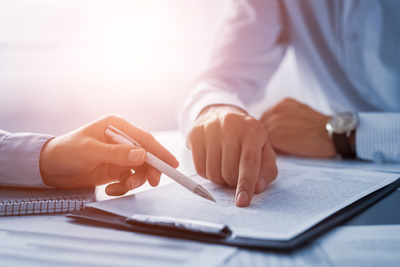 Divorce rates in the United States are surprisingly on the decline. A recent study by the University of Maryland shows an 18 percent drop in the divorce rate between 2008 and 2018. This trend, however, does not apply to a certain demographic though, older Americans. In fact, adults 50 and older are actually divorcing at double the rate they were in the 1990s. Adults age 65 and older are divorcing at three times the rate of the 1990s.

The reasons for the so called “gray divorce” phenomenon have not been explored extensively but at least one study in the Journals of Gerontology, has found that traditional divorce factors common among younger adults also applies to the older crowd. The researchers expected that stress factors such as empty nest syndrome, retirement of a spouse, and chronic health conditions that would be common to older Americans, would explain the high divorce rate for those 50 and older.

It turns out that those factors are largely unrelated to gray divorce. Gray divorce seems to be simply attributable to marriage dissatisfaction. How a couple spends its time together and the level of enjoyment from time spent together was the biggest factor.

Marriage dissatisfaction as a divorce factor does not necessarily explain why older Americans are divorcing at a higher rate than younger Americans, though. A potential explanation is the fact that Baby Boomers suffered a very high rate of divorce before the age of 50 and those Baby Boomers that did divorce ended up in second or subsequent marriages. Pew research found that 48% of adults 50 and older had been in their second marriage and the rate of divorce is significantly higher for people in second marriages.

Another potential clue is the fact that the marriage patterns of millennials is different than that of their parents. Millennials are marrying later in life and it appears that higher education and higher income people are more likely to get married and less likely to get divorced. Those that are the least educated have seen a decline in marriage rates.