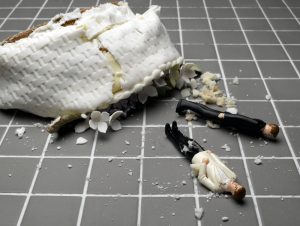 LGBTQ+ Family Lawers Near You in Columbus OH

Anytime parents decide they can no longer maintain a relationship, the question of child custody will be a major focus. Divorce is rarely simple when there are children involved because family law dictates that a custody arrangement be devised that is in the best interest of the child(ren). When one or both parents is lesbian, gay, bi, or transgender, a child custody case often becomes more complicated due to the legal relationships between family members and the possibility of discrimination. The guideline used to determine custody of children should be to serve their best interests.

When two same-sex partners decide to separate, a common issue is that of the biological connection between both partners and the children. As is often the case, one of the partners may have a biological connection with the children, while the other partner may not a blood relation. Consequently, when it’s time to determine the legal rights of both partners for custody and visitation, the partner without a biological connection may be left with no legal standing in the eyes of the law. In this case, the court may award sole custody to the biological parent. The possibility of legal visitation rights will vary from state to state. If a same-sex couple has gone through the process of legal adoption in Ohio for the non-biological parent, then this parent will have a firmer legal standing as a legal parent of the children. In this situation, the court will proceed through the custody hearing to determine the best placement of the children.

If an opposite sex couple separates with one partner being homosexual and the other partner being heterosexual, a battle for child custody would historically have resulted with the heterosexual parent receiving sole custody. However, courts now are tending to remove this bias and discrimination. With the courts being duty-bound to determine the best outcome for the children, either parent stands a chance at acquiring primary custody in a divorce. Any parent who demonstrates a positive connection with the children, also providing a nurturing environment, could be granted custody.

Discrimination against LGBT families still exists in the United States. However, more courts are approaching custody cases and family law with a more open-minded approach that involves evaluation of both parents individually without consideration of their sexual orientation. Courts are less likely to award custody based on gender as well. If both parents agree and can provide a positive living situation for the children, a winning solution may be to compromise and share custody. If the parents can’t reach a compromise, the courts will intervene to determine custody. This process will usually involve research into both parents’ home environments, financial status, and backgrounds.

Parents may also be forced to consider potential harm to children that might occur from a custody battle. Children caught in the middle of a custody battle are often exposed to extensive psychological and emotional trauma as they witness the fight between their parents. This can be especially harmful if children are present in a courtroom, possibly even forced to testify in connection with custody and visitation rights. In this case, avoiding the significant harm to the children might mean giving up sole custody.

A parent engaging in a child custody battle, especially a parent that is in the process of dissolving an LGBT family, would likely benefit from legal representation. Hiring an attorney can be an effective way to retain parental rights and avoid typical discriminatory practices that might occur.  Experienced child custody lawyers in Columbus OH will be prepared for these legal maneuvers and able to argue for fair and equitable parenting time of the children.